When building a regular cheesesteak, the bread for that item gets sliced, rolled over a clarified butter wheel and toasted til golden brown on a griddle we have only for that purpose, toasting bread.

Then the steak is cooked with toppings, cheese is placed on top, and next a lid to create steam to melt that ooey gooey goodness.

Next, the meat and cheese are transferred to the toasted roll that has been set up with sauces, plate laid out in order of all the items on ticket. When the cooks look at their “sets” they visually always know what comes next.

Conversely, when the gluten free cheesesteak is ordered a gluten free cutting board is grabbed by the closest cook. The roll, which is stored in an airtight container completely separate from its glueteny counterparts is sliced with a clean knife, drizzled with olive oil and placed in an oven to toast. Because the sandwich gets wrapped and cut, it has to be returned to allergen free board and assembled before it hits the plate…leaving no visual marker in the organized plates behind the cook other than a gluten free sticker. The meat is cooked the same, same cheese and lid…..but destination tbd.

I know this might be a bit confusing but think of it this way….. the meat cheese and toppings are always the same, and that portion is always gluten free allowing the most streamlined landing to the correct designated bun. The only wrench that could be thrown is if the meat & cheese “set-ups” were modified, causing the process to slow considerably in order to continue safe practices and accuracy. 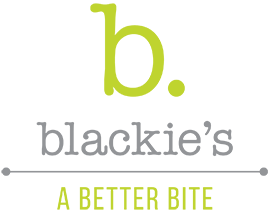